Tickets ab € 22,50 unter www.ateliertheater.wien
After touring 65 countries, Comedian Elena Gabrielle (infamous for her dating stories online) returns home to the stage with her brand new solo show „Dirrty 2.0h”!
Elena Gabrielle has always been told she’s dirrty, not literally, more figuratively and after many of her hilarious dating stories went viral she is back with a new show talking all things… well dirrty.
Expect c more hilarious and weird true dating stories, live music and of course her famous sparkly shoes.
Not sure what to expect, watch one of Elena’s stories on
Youtube:  www.youtube.com/elenagabrielle
Elena Bio:
Elena Gabrielle’s satirical look on modern relationships teamed with her uproarious musicality has seen her steal the show from Canada to South Africa. This Australian born comedian appeals to sold out audiences across the globe with her witty, no-holds barred approach to stand-up comedy and because of this, has seen her go viral with 12 million plus views on YouTube to date.
Elena’s up-front accounts of her dating disasters are entirely relatable. Her hilarious observations on modern dating cover topics which most audience members think but never voice out loud. A gifted storyteller, her female outlook on relationships is delivered with self-deprecating frankness and charisma. Understanding her audience well, she continually develops her act to include current issues such as ‘Date With A Vegan’ and ‘I Knew 2020 Would Be Bad’sketches. Her embarrassing date stories are delivered in an intuitive storytelling style which cuts through cultural divides and is enjoyed globally. She has just finished 3 years of straight touring with ‚Story Party Tour‘ which saw her perform in over 700 shows in that time and in 65 countries.
‘Story Party ’also went viral on YouTube, with her story ‘First Time Dating a French Guy’ receiving over 3 million views.
Multi-talented, she is trained in Musical Theatre at Australia’s prestigious and premier acting University NIDA (National Institute of Dramatic Art) and her other love is to perform cabaret. Elena’s singing range is also impressive; from opera to rap, she weaves her passion for song into her comedy act with musical imitations from Celine Dion to Lady Gaga. She performed in ‘The Shuffle Show’, an epic musical adventure of 1000 songs in 1 hour and went on to appear on Australia’s morning news program ‚Sunrise‘ and TEDx.
Elena’s tongue-in-cheek and relatable comedy repertoire blended with her sublime singing voice and risqué performances have worldwide audiences side-creased, exhilarated, and thoroughly entertained.
Tickets
Juni 2022 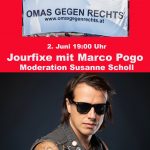 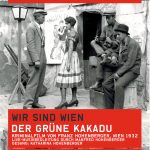 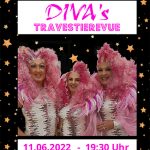 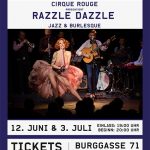 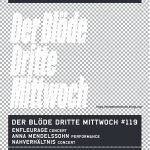 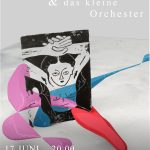 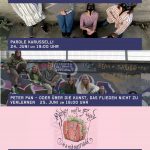 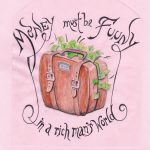 MONEY must be FUNNY in a rich man´s world